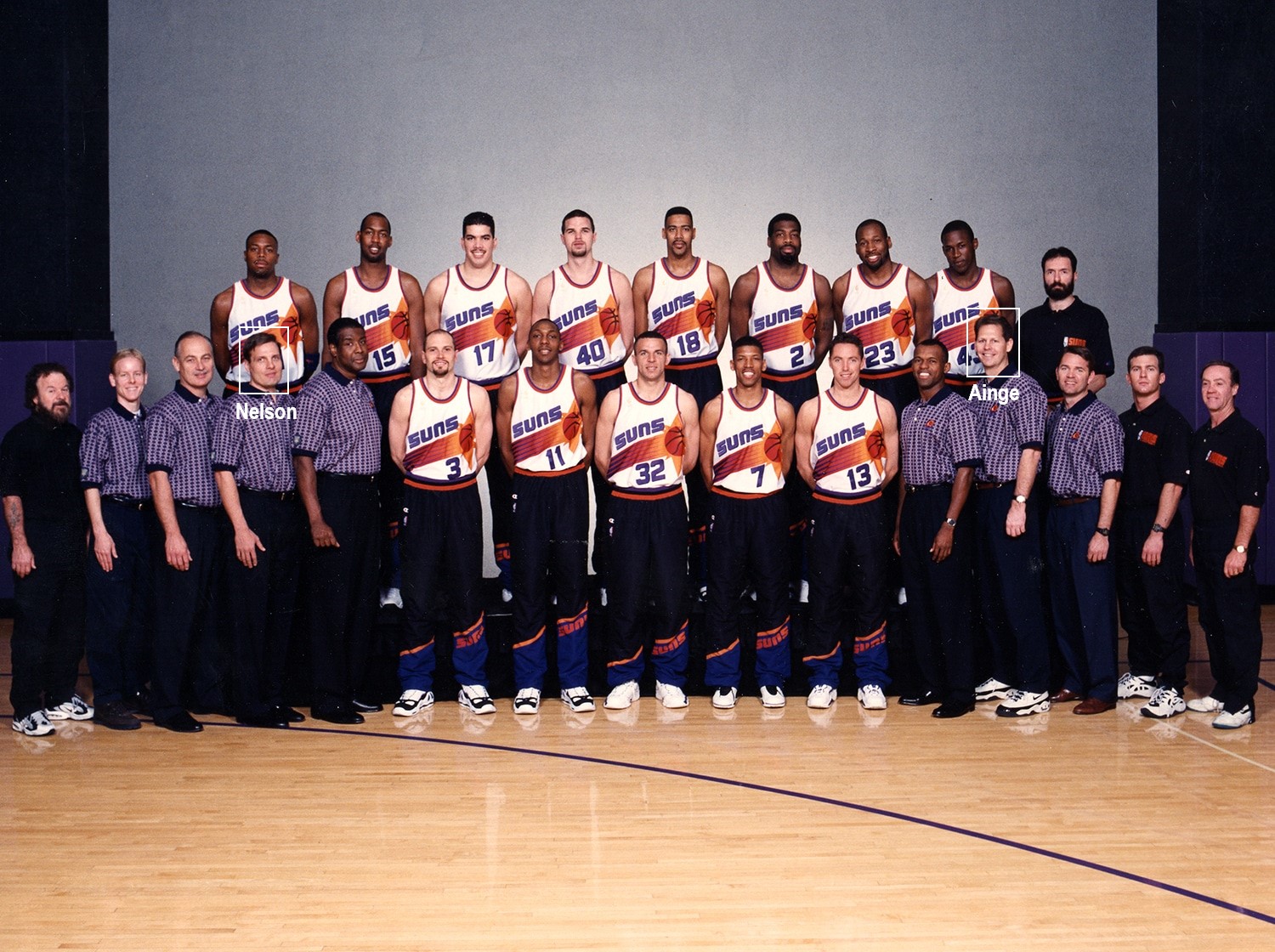 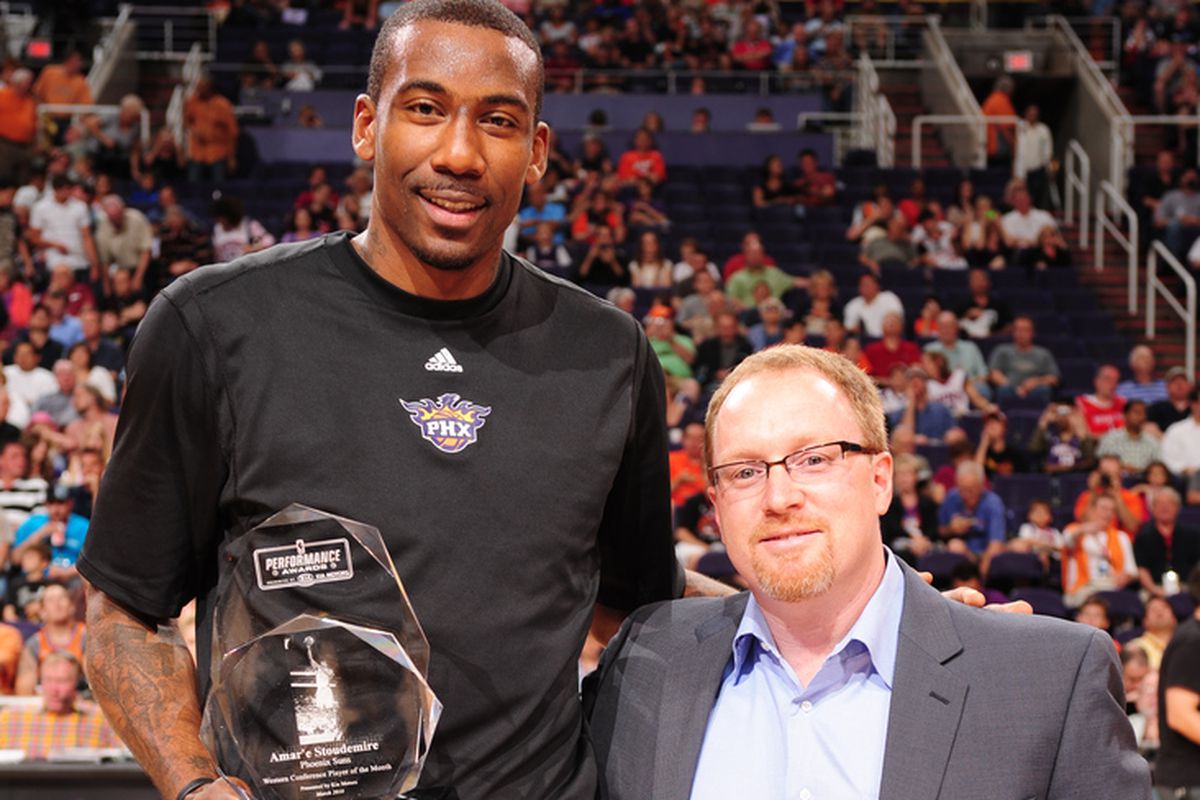 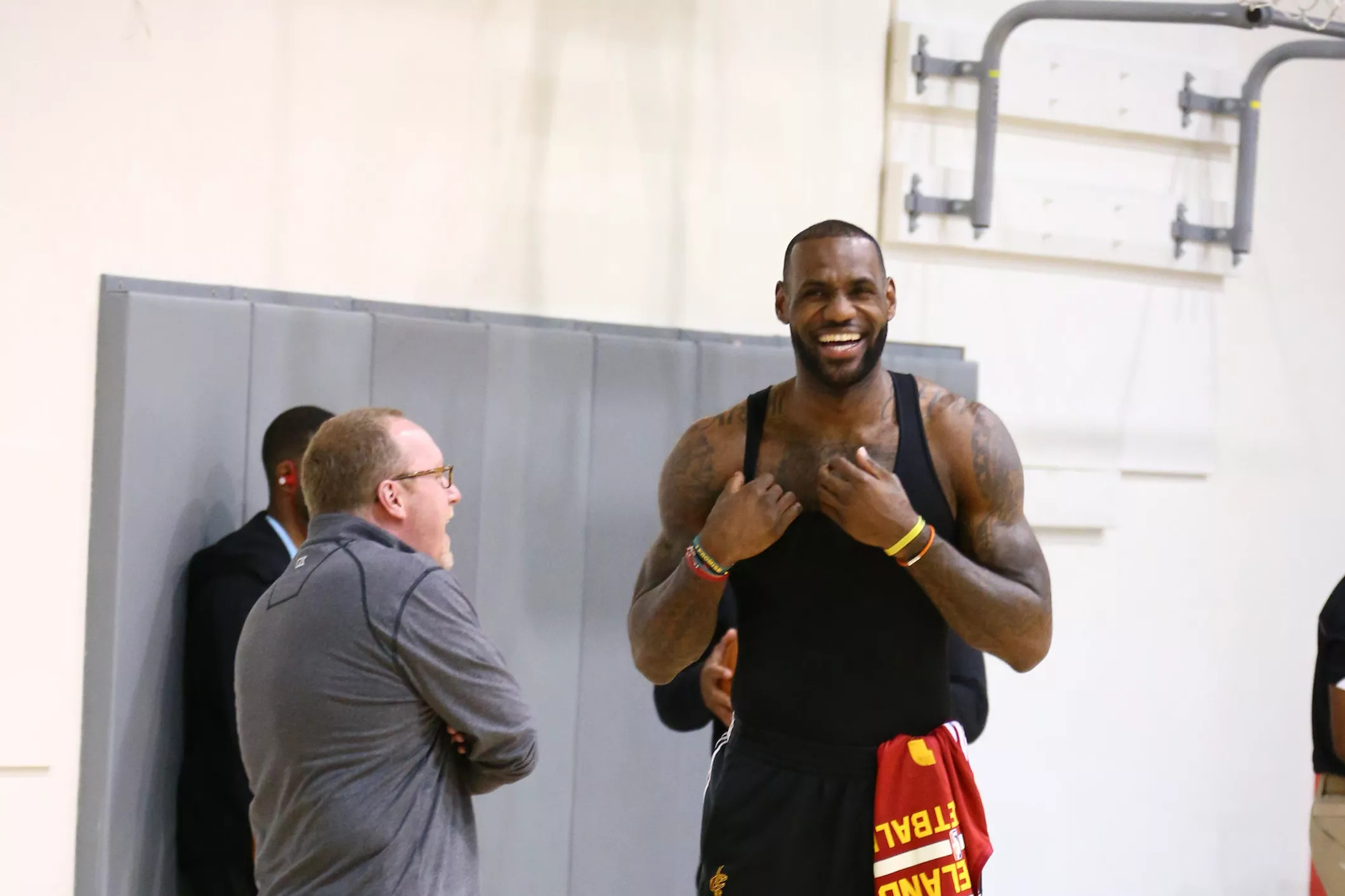 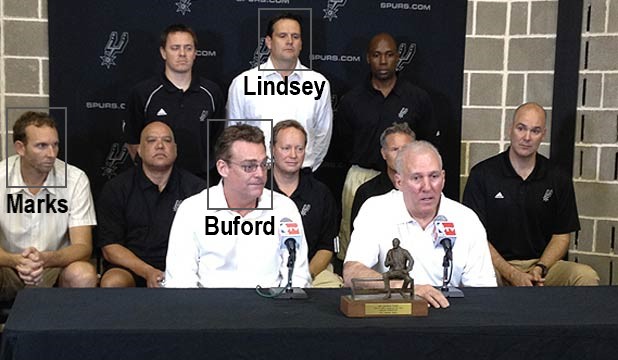 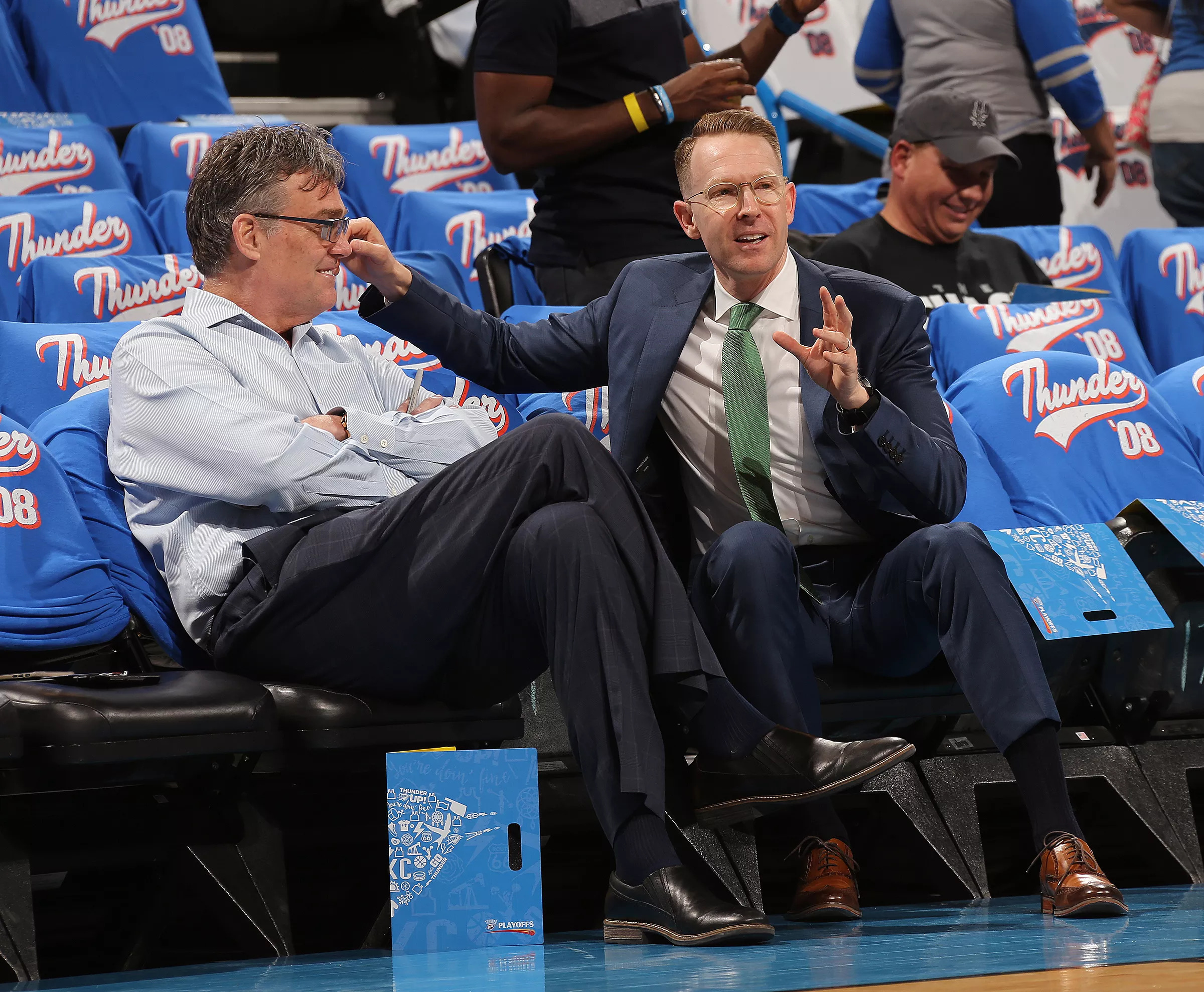 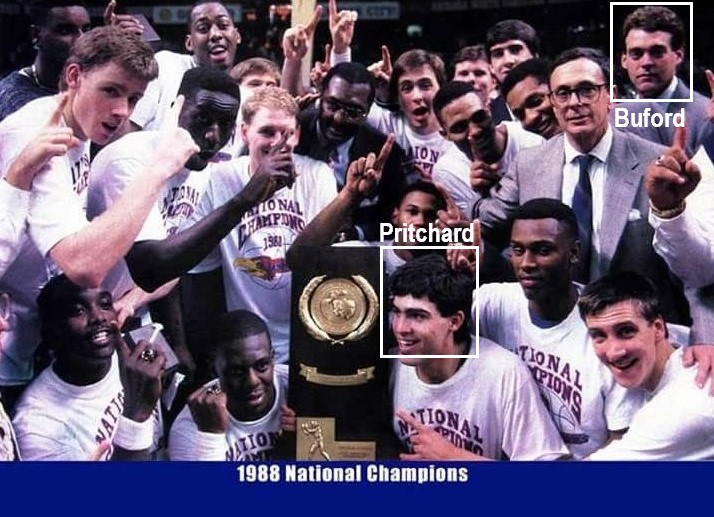 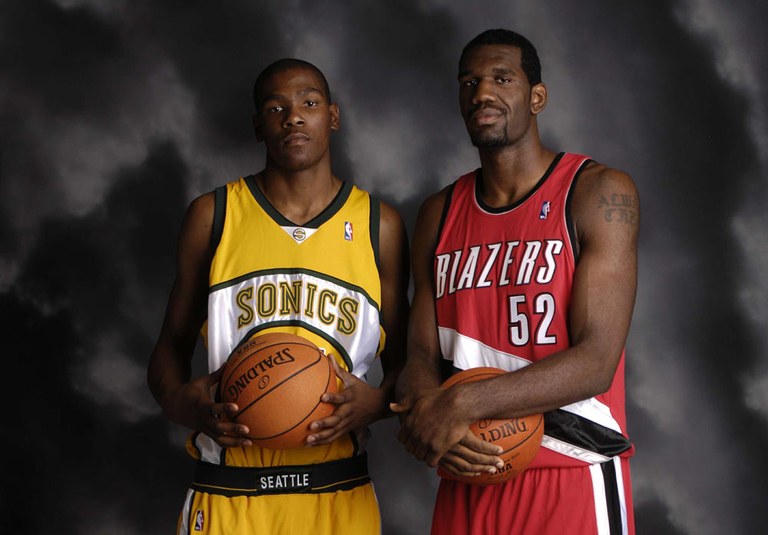 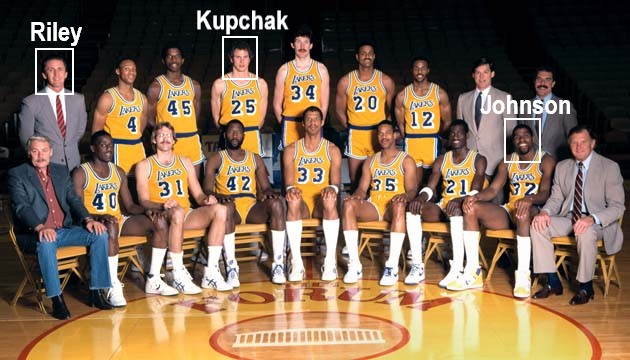 A Graphical Analysis of NBA Executives

"I think there’s a bit of a tribalism in the league in terms of how you came into the league. I think people naturally tend to root for people with similar backgrounds."

It is a tough and thankless job to be a front office executive of an NBA franchise whose task is to build a winning team, in a league where superstar talent is both extremely scarce and the most important ingredient to a championship caliber roster. In such a result-driven league where the mindset is often championship-or-bust, GM is also an incredibly stressful job where a disappointing season could mean angry fans wanting to burn you on a stake (see: fireolshey.com, firegarpax.com), or the actual termination by team owner running out of patience. Hence the high turnover rate: 5 of the 30 NBA teams got rid of their old GMs and hired somebody new in just 2019. At the same time, GM is also perhaps one of the most coveted dream careers for any young passionate sports fans. The appeal is obvious: who doesn't want to get paid to play fantasy league in real life and become like Brad Pitt in Moneyball?

Which begs the question, who actually are these GMs running the teams? How long have they been in their positions? What are their backgrounds? And finally, how are they connected to each other?

In the spirit of Moneyball, I will attempt to answer these questions with graphs.

How long have GMs been in their positions?

If we order the GMs by the time they spent on their current jobs, we can see the GMs with the longest tenure at their current positions run the most successful teams - the top 8 won a combined 12 championships since 2000.

In other words, to survive in the NBA as a GM, you'd better be good at winning, season after season. I call this effect the "Great GM Filter." Most GMs started their current jobs recently. The further back we back go on the time scale, the fewer GMs we see could last.

What are GMs' backgrounds?

What's the most common background for NBA GMs? Turns out it's playing college basketball. It's not hard to see why being a player yourself can prepare you for becoming a GM. It's the surefire way to learn and feel the game.

Only some of these college players made it to the NBA. Some had long and illustrious careers in the league, like Danny Ainge and Elton Brand. Others, like James Jones and Sean Marks, were role players but played alongside all-time greats and had won championships.

But what if you, like most people, don't have the talent to play pro basketball, but still want to become a GM? One of the best ways to get your foot in the door is to become a scout at a professional team, an experience many current GMs share. After all, evaluating players is a big part of a GM's responsibility. While playing experience is a nice to have, it's by no means required to become a good scout, if you're willing to do the work, which involves staring at player videos for long hours, or travelling around the world to observe young prospects play.

You can select from the drop down menu to see what other experiences defined the career trajectories of some GMs, but not others.

How are GMs connected to each other?

In the NBA, trades between teams involving star players generate a huge amount of excitement among the fans, sometimes more so than the actual games. Behind the scenes, these trades along with many more unrealized trade proposals start and, after back-and-forth negotiations, conclude with phone calls between the GMs. With only 29 other GMs to talk to about trades, it's not hard to see why for a GM, having good relationships with each other can be an advantage.

So, how connected are the GMs to each other? One way to examine these relationships is to look at all the backgrounds of the GMs, and see who have worked in the same team's front office as colleagues in the past.

This network of GMs presented here shows such working relationships in the past as links between GMs. The longer the pair of GMs were colleagues in the past, the thicker the link.

My first impression seeing this is just how well connected these people are, that only 5 of them are not included in this giant network. What's more, plenty of GMs have connections with more than one other person!

In 2014, Ainge traded all star point guard Rajon Rondo to Nelson's Mavs, whose hope was the addition of Rondo would assist Mavs' aging star Nowitzki in another playoffs push.

Also working at the Suns in the mid 90s was a young man named David Griffin, who joined the organization after graduating from Arizona State University. Griffin started as a media intern, but moved to basketball operations in 1997, working tasks typical for junior guys in an NBA front office such as editing videos and player evaluation. Griffin worked for the Suns for 17 seasons and was promoted to Senior Vice President of Basketball Operations in 2007. He joined the Cavaliers in 2010.

Griffin would eventually become GM for the Cavaliers. In 2014, Cavaliers emerged as a possible destination for free agent Lebron James, whose all-star prowess would make any team an immediate contender. To sign James with a max contract, however, Cavs would need to find ways to clear enough cap space by trading away existing players on their roster. Griffin found a willing partner in Ainge's Celtics, who swallowed Tyler Zeller's and Marcus Thorton's contracts in a 3 way trade between Cavs, Celtics and Nets. Two days after the trade, the Cavaliers, now with enough cap space, signed Lebron James.

James would led the Cavs to win the franchise's first NBA championship in 2016.

Next, let's look at the 5 GMs in the league with connections to the San Antonio Spurs.

The San Antonio Spurs, headed by the longtime duo GM R.C. Buford and coach Gregg Popovich, is the most consistently successful organization since the 2000s. For this reason, people who haved worked under Buford and Popovich are hot commodities in the NBA job market, highly sought after by teams hungry for the secret formula of Spurs' success. Among them were Dennis Lindsey and Sean Marks. Lindsey joined the Spurs front office in 2007, after working at the Rockets for 11 years. The Utah Jazz poached Lindsey in 2012, hiring him as the new GM. Marks played for the Spurs from 2003 to 2006, and rejoined the organization's basketball operations department in 2011 after retiring as a player. Marks would join the Brooklyn Nets as GM in 2016.

The other two Spurs alum, Sam Presti and Kevin Pritchard, graduated from an earlier cohort in the 2000s. Presti started as a video intern working for Popovich in 2000, and gradually took on more responsibilities under Buford. He was instrumental in the team's selection of Tony Parker in the 2001 draft.

In 2007 Presti became GM of the Supersonics (now named the Thunder) to oversee its rebuilding effort. He drafted 3 future MVPs in Durant, Westbrook and Harden. The Spurs and the Thunder clashed thrice in the playoffs in 2012, 2014 and 2016. Presti's Thunder held a 2-1 record over the Spurs.

Kevin Pritchard was hired by Buford to work as a scout for the Spurs from 2001 to 2003, but he had already known Popovich and Buford since a decade ago. Pritchard was a college player at the Kansas Jayhawks from 1986 to 1990, during which the team had won the NCAA championship in 1988. Popovich and Buford at the time worked in Kansas' coaching staff under Larry Brown.

Finally, let's turn our attention to the 2 GMs who had connections to the Lakers.

Before overseeing the Lakers that dominated the league during the start and the end of the 2000s, Mitch Kupchak was himself a player of the Showtime Lakers in the 80s. Kupchak was coached by Pat Riley, before retiring and joining the Lakers front office under Jerry West. After his success at LA, Riley coached the Knicks, then eventually taking over the Miami Heat as both GM and head coach in 1995. In 2004, when Lakers star Shaquille O'Neal demanded a trade, Kupchak traded O'Neal to Riley's Heat. The Heat and O'Neal would win the championship in 2006.

Kupchak was fired by Lakers owner Jeanie Buss in 2017. Replacing him was another Showtime member, Magic Johnson, who was replaced by Rob Pelinka in 2019.

Now, feel free to take a deeper dive into the GM network. Simply hover over the GM profiles and the connections to see details.

Fans and journalists understandably spend much of their focus on stories of NBA players, but hopefully these charts demonstrate the people running the teams behind the scenes have stories that are just as interesting. In a sense it's only natural that the GMs are well-connected to each other, since teams prefer to hire people who already have many years of experience in the league, whether as a player, a scout, a coach, or any other roles in the front office. Who knows, maybe these personal relationships would play an important role in the next big trade one day.

"What makes the situation with Danny [Ainge] unique is we have the type of relationship where we can really call each other on all that nonsense and just sort of go, this is what it looks like. Because we have that ability it makes any conversation we have along the way, a fruitful one."

I manually collected and created the NBA GM dataset for this story. I relied heavily on Basketball Reference, RealGM, Pro Sports Transactions Archive, and media guides published by teams.

The dataset is hosted on Github.